This is the first installment of my book recommendations. Part book report (because I actually love them) and part book review, I want to share my thoughts on what I read and show love women’s ficition.

I love stories about women.

Sure, I like a good romance, but if the woman (women) in the story doesn’t reveal weaknesses and show growth and strength and confidence I usually can’t get into it. Women’s fiction isn’t about pornographic or semi-pornographic stories. It is about real women, that face real problems and sometimes they have happy endings – somethings they don’t.

I’ve recently read two such books that are now included in my personal top 10 favorite books of all time: The French War Bride and The Girl You Left Behind. 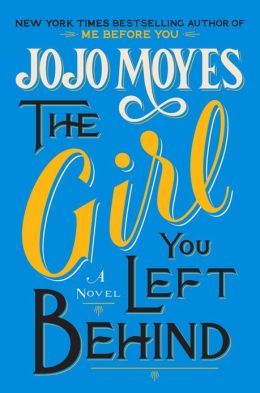 The French War Bride by Robin Wells is a series of flashbacks by the two main characters Amélie and Kat. To many it is a love triangle although I have to admit that when I think about this book I don’t remember it that way.

Amélie’s story is initially about growing up quickly as life as she knows it disappears when the Nazi’s invade France. As the years go by we see her grow into her role with the resistance. By the end of the war and where the two women’s stories merge Amélie is a survivor. She has become a woman that has to endure the death of nearly everyone she knows. Her role in the resistance also forced her to face moral dilemmas and to face the consequences of some of those decisions.

I am a complete sucker for war stories with strong female leads.

I completely fell in love with Amélie. To watch her growth from innocent child to fierce young woman was mesmerizing. I have thought a lot about her as if she were a real person and have imagined aspects of her life not included in the book and continued her story after the conclusion of the book.

The second half of the book merges the two women’s stories and introduces the love triangle. A whole new set of moral dilemmas ensues and the two women have stories not unlike many women today. Falling in love, rejection, jealousy – these themes are what makes a good romance, good.

In the present day we meet Liv, who is now the owner of the painting. As her life story unfolds she becomes more connected to the painting and its history. She feels oddly connected to it and begins to find her inner strength as she learns more about Sophie and the painting.

I loved how the two stories were woven together and how the lives of Liv and Sophie, seemingly different at first, were actually quite similar. They both had to showcase strength they didn’t feel and live lives they didn’t want. In the end, they both made incredible decisions that propelled them forward and made them feel in control of their destinies.

Check out my published short story The New Girl available on Amazon!