He walked by the table and dropped a napkin. Trailing his friend, who was loudly talking on his cell phone the entire thing seemed staged. The first man meant to distract us while the second man, walking close to me, too close, drops a napkin next to me. Something he wanted only me to see.

I stare down at the napkin on the floor wondering why the strange man dropped it on the floor. As it fluttered to its resting place I could see black squiggles on one side. He wrote something.

Marc is angry now. Once he asks a waitress, “What would your manager have to say about this?” I know he is going to make a scene. This is his go to phrase to show his dominance over the situation. Usually, the women just do what he wants in order to avoid having their managers involved but this one isn’t backing down. Why can’t she just make my life easier and give him what he wants?

“Goddamn waitress,” he says as she storms off to get her manager. “Took her time getting our food and your steak wasn’t cooked properly.”

Reaching out gently with my hand I lean in and whisper, “It was fine. I thought it was quite good actually.”

Pounding his fist on the table to get my hand off his he says, “I clearly ordered it well done and it was obviously medium. It isn’t that hard to take an order and bring the food I order. Just because you ate it all doesn’t mean I should have to pay for it.” Leaning back in his chair his eyes begin to wander around the restaurant, looking for the manager.

I have come to hate when he offers to take me out for a meal. Lunch, dinner. It’s always the same. We order, he argues, I feel embarrassed and never want to return.

This particular restaurant irritated him as soon as we walked in. The creamy whites and hints of pink and baby blue were “too feminine” for his tastes. The elaborate floral arrangements were over-the-top and the food was “too expensive because they have to pay for all the flowers.” He didn’t think he should have to pay for their elaborate décor.

The large menus with their lovely cursive script added a touch of old-world charm to the place, which of course he had trouble reading.

“Is this English? I don’t think this is English. Why can’t they just write the goddamn menu in English? This is America for Christ sake.”

Dropping his menu to glare at me, his icy eyes warn me. I’ve just overstepped some boundary. Honestly, I should know better by now. Having dated him for the last few weeks I know that he doesn’t like to be corrected. I don’t really like it either. I shouldn’t do something to someone that I don’t like either.

With Marc distracted by the arrival of the manager I know I have some time. The manager, a woman, doesn’t seem to thrilled to correct a bill for a meal that was eaten in its entirety. Cooked correctly or not, if I didn’t eat it all, Marc would have been angry. He doesn’t like taking me out and then wasting food.

Once, I ordered a salad with a meal and didn’t eat all of it. I don’t really care for tomatoes and skipped them. When the waitress arrived he told her to put it in a to-go bag for later. She laughed at him, assuming he was kidding.

He began ordering for me after that. “She will have the salad but no tomatoes. In fact, nothing except the lettuce. Don’t waste the vegetables on her.” The plus side is that I now like Italian dressing. He suggested I try it once and it really was delicious. He doesn’t care for French dressing which was my favorite.

Reaching down I quickly grab the napkin. Keeping it in my lap I unfold it as I watch him tell the manager that the cooking wasn’t as good as all of the reviews in the newspaper claimed. “How much does it cost to buy all of those reviews?” he demands.

Meeker than the waitress she tries to placate him and says, “I’m not sure sir. Marketing isn’t my job. But if you can wait another minute sir I will take care of the bill.”

“I’ll pay for the wine. But I’m not paying for that steak. That was your mistake. She shouldn’t have eaten it all but I can’t control her, you know.”

As she walks away, Marc begins to fiddle with his phone. “I’m going to rip this place apart. It was terrible. People need to know that it isn’t as good as people say.”

Knowing that he will be engrossed in his review for the next minute or two I look down at the napkin to see, “Get out now. While you still can.”

Looking up at him I say, “What? Nothing. My napkin. I was just thinking.” Crumpling the napkin, I throw it on my plate and quickly throw my fork and knife on top of it. The last thing I need would be the words, “Get out now. While you still can.” to be visible. I’d never hear the end of it.

“Let’s go. This place sucks.” Pushing his chair back he pushes into someone at the next table. Turning around he says, “Sorry ‘bout that man. This place sucks. Get out now. While you still can.” Turning to me he chuckles. “Come on. I’ll get you ice cream.”

Make sure you follow the blog so you never miss out!

Have you read my short story on Amazon? I couldn’t be more proud of my first published story and it is only $2.99. 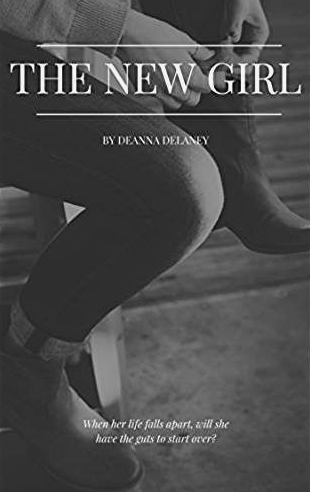 If you liked this blog then maybe you’d like: 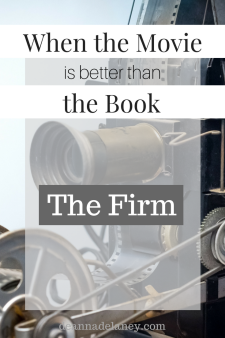